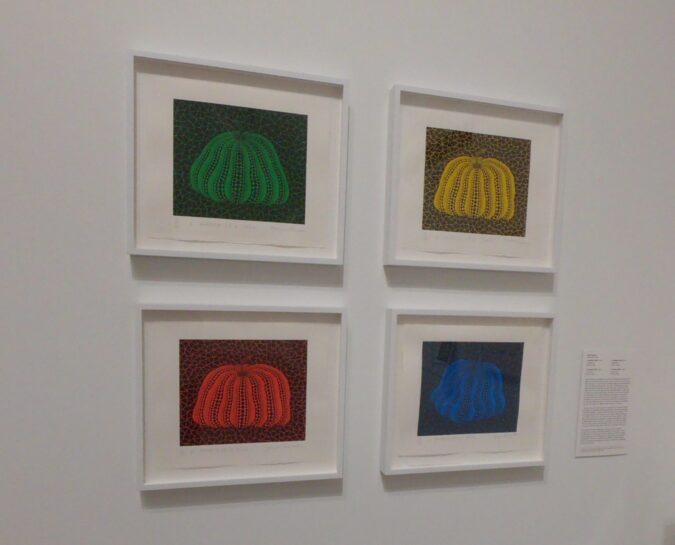 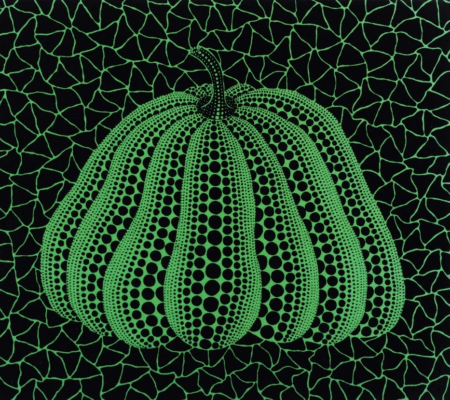 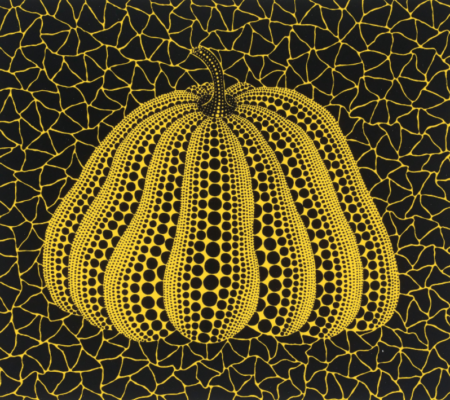 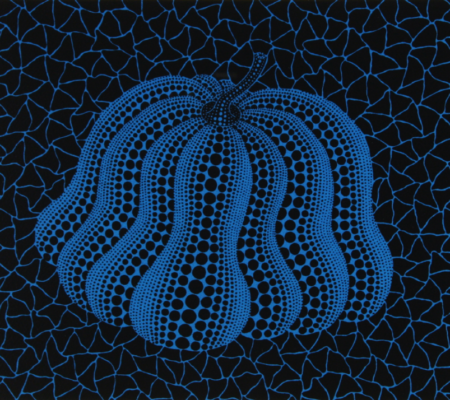 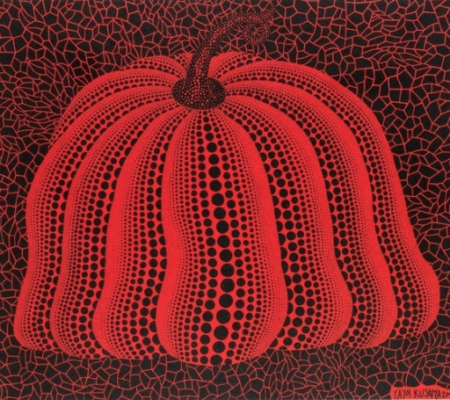 Yayoi Kusama is considered both an influential Pop artist of the 1960’s and one of the most important artists of the 20th Century. Today her work has gained widespread recognition across the world, from the Venice biennale, solo exhibitions and traveling exhibitions at the Museum of The Hirshorn Museum and Sculpture Park, Art Gallery of Ontario, Toronto, National Museum of Singapore, the Guggenheim Museum to name a few.  She is the biggest selling female artist to date and was the first woman to receive the Order of Culture, the highest honor bestowed by the Japanese Imperial Family. She lives and works in Tokyo.

Born and raised in Japan, Kusama endured a difficult childhood and used art from an early age to escape her environment. After World War II, Kusama studied traditional Japanese painting known as Nihonga and it was during this time she began experimenting with abstraction.  Kusama arrived in New York in 1956, wearing a kimono that she had sewn dollar bills into, as it was illegal at the time to send money from Japan to the US.  At the time the New York art world was dominated by male artists, but Kusama quickly caught the attention of art critics and artists such as Donald Judd, Claes Oldenburg and Frank Stella, and Andy Warhol. Her early Infinity Net paintings won her critical acclaim in New York in the 1950’s, they were monochromatic canvases filled with thousands of tiny dots and paved the way for minimalism, performance and installation art and from which she helped pioneer the Pop Art Movement.

Popular culture continues to play an important role in her practice as an artist, she has created paintings, performances, room-size presentations, sculptural installations, literary works, films, fashion, and designs. In 2012 Kusama collaborated with Louis Vuitton, creating her signature bold spots on every item in the collection from bags to dresses.  It was the most extensive artistic collaboration the fashion house has ever created.