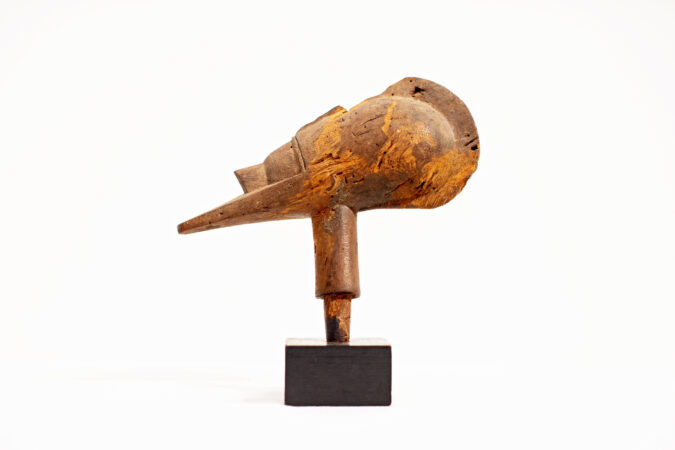 A-Tshol is a highly stylised composite figure that resembles a bird with a long pointed beak or a crocodile jaw. Such objects were used to guard the sacred precinct when initiations were underway. Family shrines also were constructed to honour the a-Tshol, which means “medicine,” and which served as a protector and symbol of the human community. In the past, the a-Tshol shrine received offerings of the first fruits of the harvest, to celebrate the generosity of the ancestors.