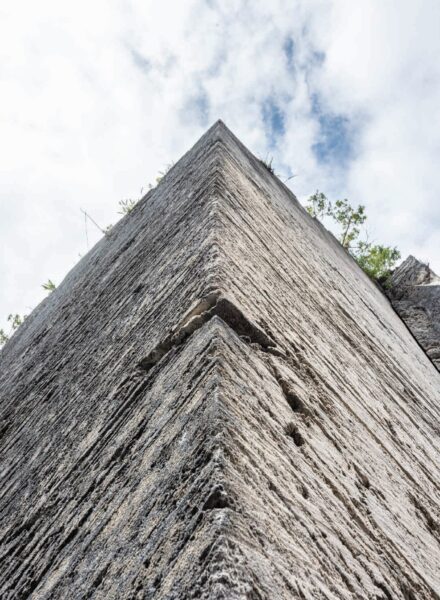 Antoine A.R. Hunt is a Bermudian artist and director. He has been a professional photographer for more than 25 years. Recent projects include shooting and directing a feature film documenting the process of making mezcal in Mexico, In the Belly of The Moon.

Of Aeolian, he says: “Bermuda is affectionately known as The Rock. This is a reference to the coral mount that we depend on in so many ways. Stone as a building material came about early in Bermuda’s history and was accelerated by two severe hurricanes in 1712 and 1715, which destroyed most of the island’s wooden houses. The only material left for settlers to use was Bermuda’s limestone foundation.

“The quarrymen come from a tradition of stone cutting that began in slavery. When the enslaved were emancipated, it was one of the few businesses that Black Bermudians were allowed to own. Aeolian is a monument dedicated to the heroic quarrymen of the past and reminds us that this once abundant material is now a scarce resource.”