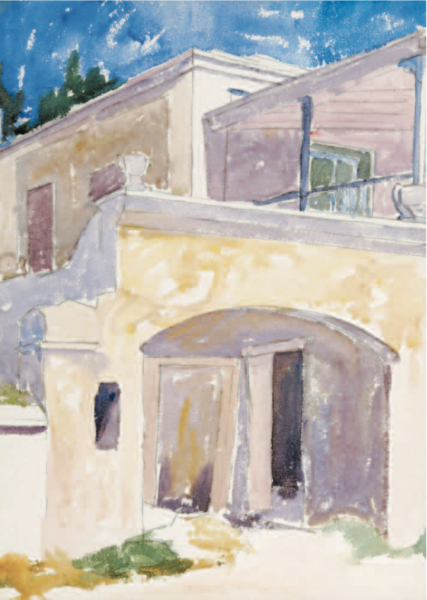 George Ault was an artist inspired by what he saw around him, many of them architectural subjects, rendered in a quietly controlled manner.

Born in Cleveland, Ohio, Ault moved to England as a child; later he attended the St. John School of Art and then the Slade School of Fine Art in London. He travelled extensively in Europe and was inspired by the Avant Garde art movements; he returned to America in 1911.

In his work, Ault explored a variety of modern styles, and in 1920, settled on architectural, urban themes, rendered carefully with a strong sense of design. Often his compositions depict isolated objects in spare settings.