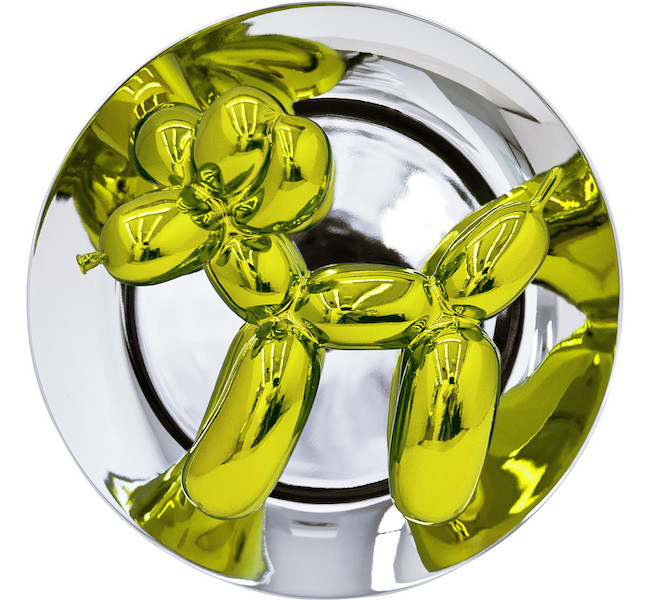 Jeff Koons studied at the Maryland Institute College of Art in Baltimore and the Art Institute of Chicago, he graduated form the Maryland Institute College of Art with a BFA in 1976. He then moved to New York City, where he sold memberships at the Museum of Modern Art. He later worked as a commodities broker on Wall Street while making art during off-hours. In the early 1980s he began making art full-time.

Although Koons has made his mark as an artist that creates relatable accessible work, he merges the line of art for all and the elite – his oversized last Balloon Dog (Orange), holds the highest auction record for a living artist, selling for $58.4 million in 2013. However he believes that his artwork is about the experience between his work and the viewer – in an interview by MOCA – says, of the artwork “It’s about you, It’s not about anyone else..It’s about your experience and that’s the art”.

Jeff Koons has recently emphasized his interest in working with high street popular culture and has recently partnered with Louis Vuitton to create a range of bags and accessories in the luxury brand’s latest collaboration. Vuitton has also worked with Yayoi Kusama and Takashi Murikhami. Koons has brought imagery from his recent ‘Gazing Ball Paintings’ – a series of large-scale hand-painted reproductions of works by the Old Masters to a range of Louis Vuitton products. Combining influence of pop culture and art historical reference with images and objects.  This is an interested that continues to carry though his work.