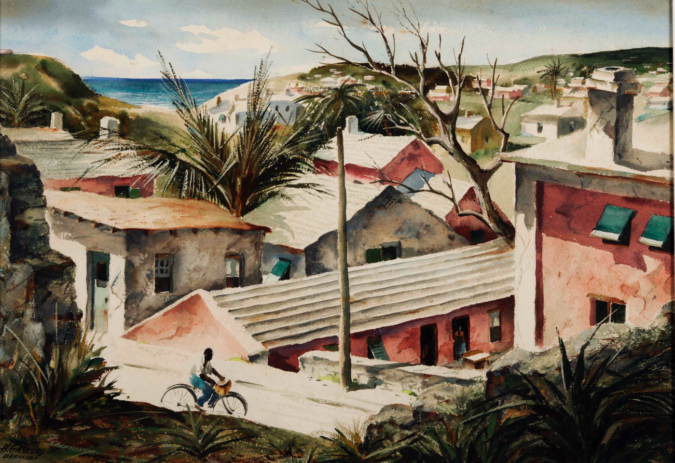 Painter, lecturer, illustrator, and author, Henry M. Gasser began his artistic education at the Newark School of Fine and Industrial Art, where he would go on to serve as director between 1946 and 1954.  He completed his training at New York’s Grand Central Academy and the Art Students League and enjoyed a successful career, being awarded prizes and awards from distinguished art societies.

When travelling, Gasser used the philosophy that time abroad is limited, so he would capture the vital impressions first and then formulate his ideas with detailed studies later.  As in this scene of Bermuda, his use of harmonious colours blends with a solid composition of strong lines to form a realistic impression of life on the island.