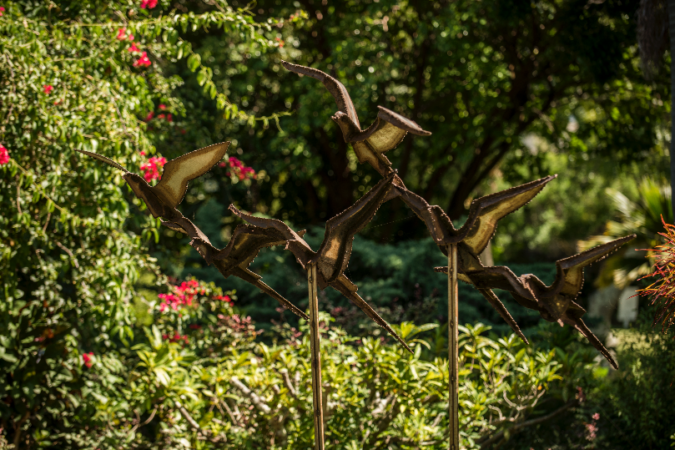 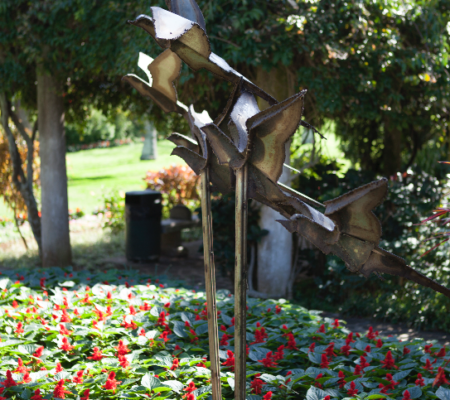 Originally from Hungary, George Gach emigrated to the United States from Lebanon after suffering through multiple imprisonments during and after the Second World War.  Settling in New York, Gach produced both sculptures and paintings, through a variety of media.  He visited Bermuda eleven times, and the island’s influence is seen here as the birds appear to be shaped after the Bermuda Longtail.  Despite their being created from stainless steel, Gach has shaped his birds in graceful action, wings outstretched and flying.