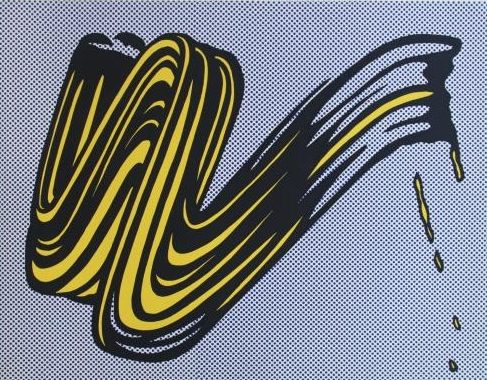 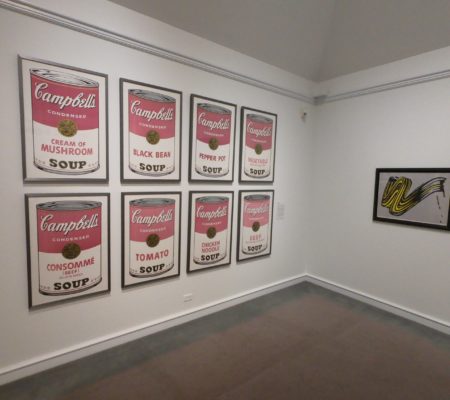 Roy Lichtenstein was born in New York and was a central player in American Pop Art movement. Lichtenstein studied painting at the Arts Students league in NY and later served in WWII between 1943 and 1946. After the war he continued his education at Ohio State University, completing his Master of Fine Art Degree in 1949. He began work as an art professor and then a graphic designer but soon began to be inspired by popular culture, experimenting with comic–book characters.

In 1960, Lichtenstein was introduced to pop artists Andy Warhol and Claes Oldenburg. The next year Lichtenstein created one of his most iconic paintings, Look Mickey (1961). This was a turning point at which he formally rejected abstract expressionism, and the emphasis on the artists mark. He quickly became know for his paintings and printmaking, which referenced commercial art and imagery from comic strips, for his use of the Benday dot, a printing technique common to newspaper and magazine reproduction, to create works that appeared mechanically reproduced.

This work, Brushstroke, is from a series of paintings depicting enlarged brushstrokes. The idea of the brushstroke was taken from a printed comic book entitled The Painting, printed in Strange Suspense Stories in October 1964. Here, Lichtenstein took the shape of a brush stroke and used it to make a comment on the loaded meaning behind commercialism and the gestural and very personal brushwork in Abstract Expressionism. In merging the boundaries between the everyday and elite, Lichtenstein questions the meaning between high and low art, reproductions and originals and the commercial value of fine art.

Lichtenstein’s use of appropriated imagery has influenced contemporary artists such as Jeff Koons.