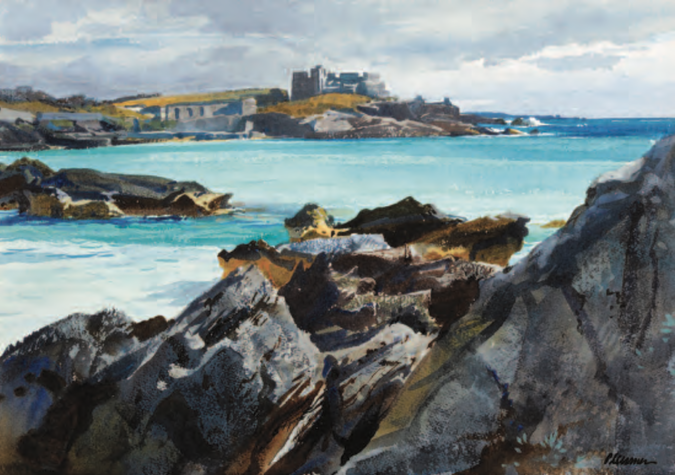 Ogden Minton Pleissner’s art is characterized by his precision and clarity combined with his masterful use of light and colour. Pleissner began his art career in 1922 when he attended the Art Students League in New York. Working mainly in oils and watercolour, he became known for his western landscapes. In 1932 The Metropolitan Museum of Art, New York purchased one of his oils, making him the youngest artist in their collection.

Pleissner made several visits to Bermuda during the 1950s, expressing an appreciation for Bermuda’s unique architecture, particularly that of Saint George’s which he called ‘A pure Elizabethan town’. He stayed at ‘The Jungle’ in Tucker’s Town, St. George’s, and is known to have completed at least 13 paintings of Bermuda.