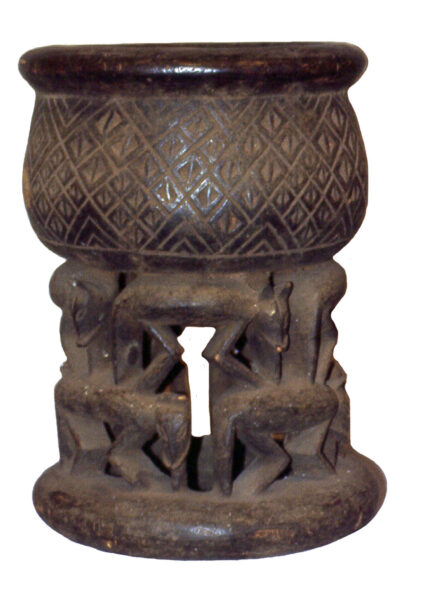 This well-used, finely patinated bowl was once the property of
a Grassfields Fon or Noble, and was probably kept either for the
offering of kola nuts, or for the distribution of palm wine. The bowl
itself is patterned with geometric motifs that resemble cowrie shells,
symbols of wealth and worldliness. The entire receptacle rests upon
a platform composed of leopards carved in openwork relief. The
leopard is a frequent emblem of political rule in Africa, not only
because of the animal’s extra-ordinary intelligence and
courage, but also for its limitless aggression and ferocious duplicity.