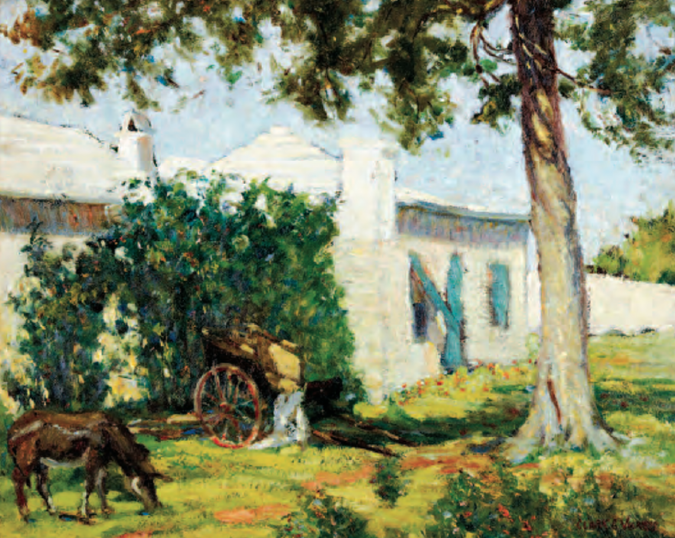 Clark Greenwood Voorhees was a painter in the Tonalist and Impressionist landscape styles, and is perhaps best known as the artist who first visited the Old Lyme Colony of art.  In 1919 Voorhees and his family started to spend winters in Bermuda and summers in Old Lyme, Connecticut.  He established a local studio in Somerset and gained an excellent reputation at both locations.  In 1925 he was asked to be the sole representative for Bermuda in the Arts section of the British Commonwealth Exposition.  His daughter Florence, herself a sculptor, lived in Bermuda during the 1950s and 60s.  Two of her children, Janet Fish and Alida Fish Cronin, also became successful artists.