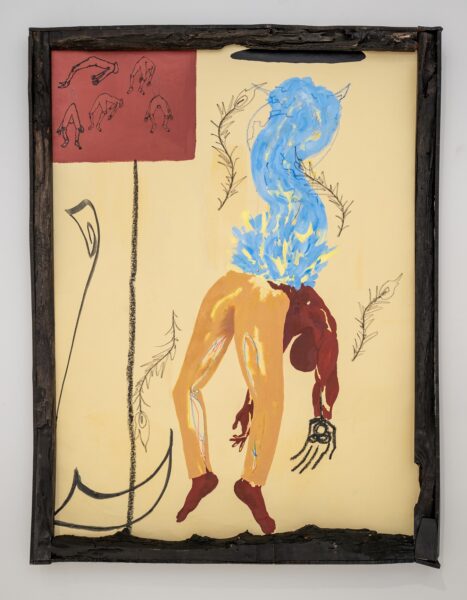 Jahbarri A. Wilson is a self-taught Bermudian artist whose style is shaped by a perpetual tug-of-war between the conscious and subconscious. His mixed media work spans painting, drawing and fashion. In 2021 he launched a range of limited-edition sweaters accompanied with original artworks.

He exhibited in the 441 group show at Masterworks Museum of Bermuda Art (2020) alongside Je-Shae Pace, De’Javon Paynter and Toni Tona, and in the 2021 Fall Members Show at the Bermuda Society of Art, where his piece Corporate Dilemma won first place. His first solo exhibition will be opening at Masterworks in October of this year.

Wilson spent several years in Los Angeles working for Bermudian designer Khamari Greaves and now teaches art at Kaleidoscope Arts Foundation. Of Faef, he says: “Faith transcends time and reality. Being led by faith, blindly or certain. Depicting surrender and confidence while death is always near/ present. Having no fear of death. Failure doesn’t exist to one with Faef.”