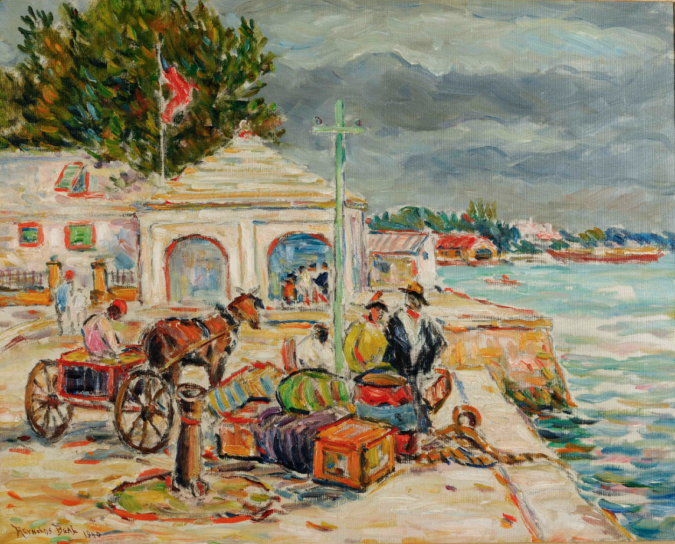 Reynolds Beal, a painter and an etcher, studied Marine Engineering at Cornell University and art at the Art Students League with John Twachtman, and at the Shinnecock School with William Merritt Chase. For many years he was torn between careers in ship designing and art; however, his family’s affluence allowed him to maintain a lifestyle in both. Consequently, he produced many paintings of maritime subjects. He travelled widely and painted with his contemporaries, such as his brother Gifford Beal, Childe Hassam and H. Dudley Murphy. He was an active member of the art community and helped found the Society of Independent Artists and the New Society of Artists. Beal used a variety of styles including Impressionism and Tonalism. His colourful watercolours and oils are rendered in spontaneous, mosaic-like brush strokes. He is often called “The American Van Gogh” because of his thick avenues of paint.