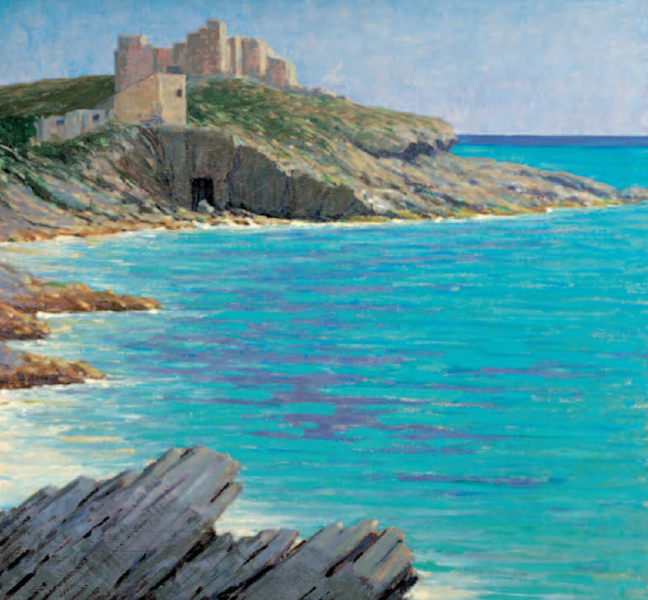 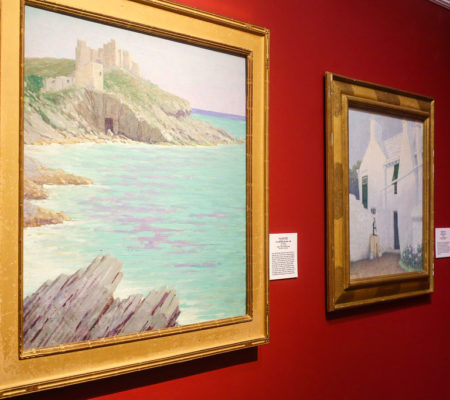 Harry Leslie Hoffman studied at the Yale Art School, the Académie Julian in Paris, and the Art Students League in New York where he shared a studio space and residence with fellow art students William Howe Foote and William Chadwick.  In 1902 he visited the Old Lyme Artist Colony and continued his friendships with Foote and Chadwick and generating new ones with other important artists, such as Clark G. Voorhees and Childe Hassam.  Known for his paintings of the underwater, Hoffman was invited by the naturalist William Beebe on two expeditions: one to the Galapagos Islands and another to Bermuda, where he documented the landscape and the underwater world.