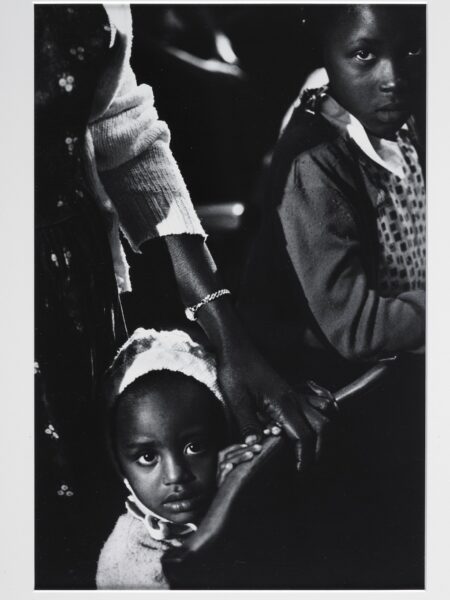 James Farmer was a leading figure in the Civil Rights movement who, alongside Martin Luther King Jr, promoted nonviolent protest against segregation. A couple of years after this photograph was taken, the Congress for Racial Equality (CORE), co-founded by Farmer in 1942, would go on to organise the Freedom Rides (1961) which called for the desegregation of bus travel in the Southern States.

This led to a change in legislation on interstate travel and increased support for the Civil Rights Act of 1965 and the Voting Rights Act of 1964. Farmer was awarded the Presidential Medal of Freedom in 1998, the highest US civilian award, in 1998, a year before his death.

Having been born into segregation in Bermuda, Saunders was aware that the personal was political. Rather than focus on James Farmer, he turns the lens on the audience, capturing the innocent expressions of children in the crowd whose future will be shaped by the speech they are listening to, their mother’s arm protectively draped over them.