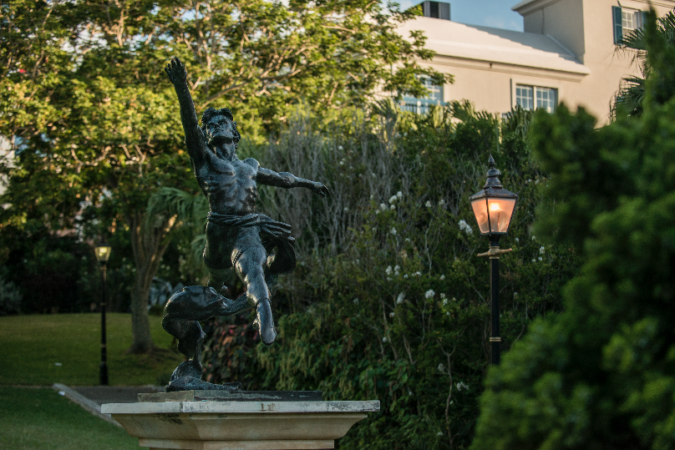 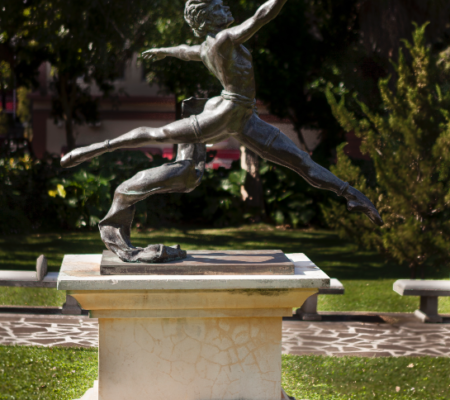 Enzo Plazzotta’s sculpture Jeté, depicts the dancer David Wall, a former Principle dancer with the Royal Ballet and now a Ballet Master with the English National Ballet, in a Ballet move known as a Jeté. Initially a student of architecture and sculpture, Enzo Plazzotta established himself as a portrait sculptor but found this field limiting and experimented with his fascination for movement. Fonteyn, Nerina, and Dowell were among the many dancers who modelled for him. Another cast of the sculpture is on the Millbank at Westminster in London, England.