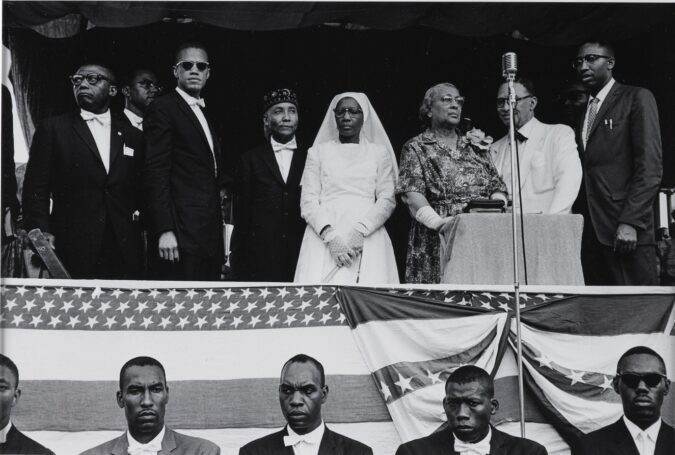 This photograph, taken in the 1950s, shows Malcom X, his wife Betty Shabazz and their daughters Atallah and Qubilah with Elijah Muhammad, the leader of the Nation of Islam from 1935 to 1975.

The photograph was originally taken for Playboy, to accompany an article about Malcolm X written by Alex Hayley, an esteemed writer who went on to author Roots: The Saga of American Family, which traced his ancestry from modern day America to a small village in Africa when his ancestor was enslaved 200 years before.

Saunders’ photograph of the activist was later used in a biography about him, Malcolm X: A Life of Reinvention, written by Manngin Marable, a professor of public affairs, political science, history and African American studies at Columbia University, published in 2011.