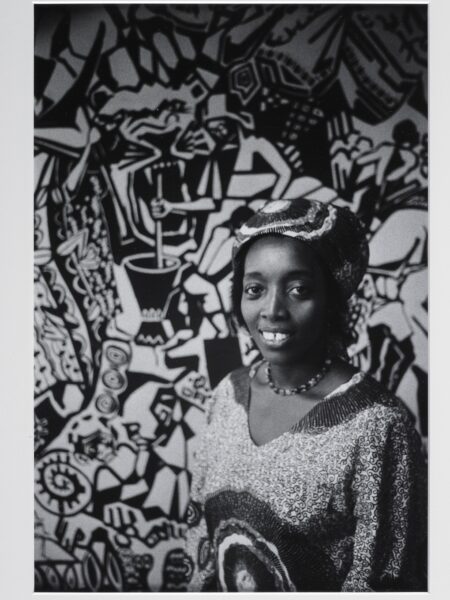 By shooting on high contrast black and white 35mm film, Saunders elevates this photograph from a straightforward portrait to a striking graphic image, the intensity of the wax print on her traditional dress blending seamlessly with the bold drawings on the wall behind her.

As Rosalie Targonski, Topic’s Picture Editor, said of Saunders: “As a photographer he was one of the best. But he was at his best when photographing people.”