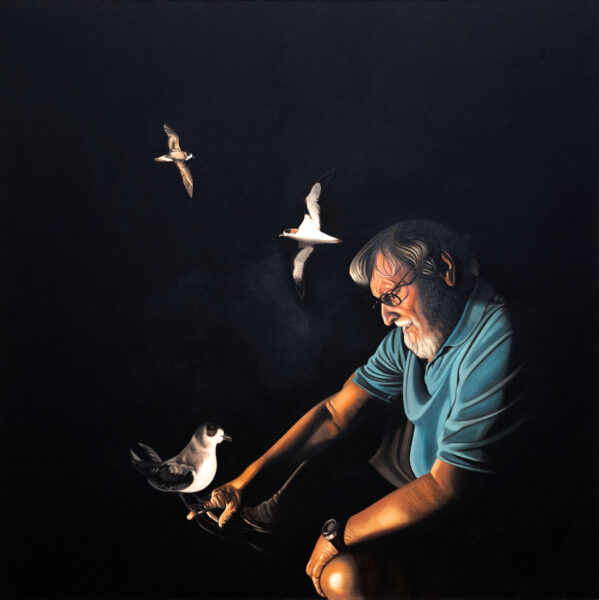 Affectionately nicknamed the Bird Man of Bermuda, Dr David Wingate, OBE is an ornithologist, naturalist and conservationist who, together with Robert Cushman Murphy and Louis S. Mowbray, helped to re-discover and breed the Bermuda Petrel, or Cahow, which was believed to have been extinct for 300 years.

The Cahow Recovery Project, which Wingate has been working on since 1951, includes the restoration of Nonsuch Island into a ‘living museum’ which has seen the 14-acre island cleared of all non-indigenous flora and fauna and returned to pre-colonial ecology, as it would have been before the first settlers arrived in Bermuda.

Wingate was Conservation Officer for the Bermuda Government Parks Department from 1966 to his retirement in 2000. He has been awarded both an MBE and OBE in the Queen’s Honours for his work on ecology, alongside numerous other accolades, including the United Nations’ Global 500 Award, which recognises the environmental achievements of individuals and organisations around the world.