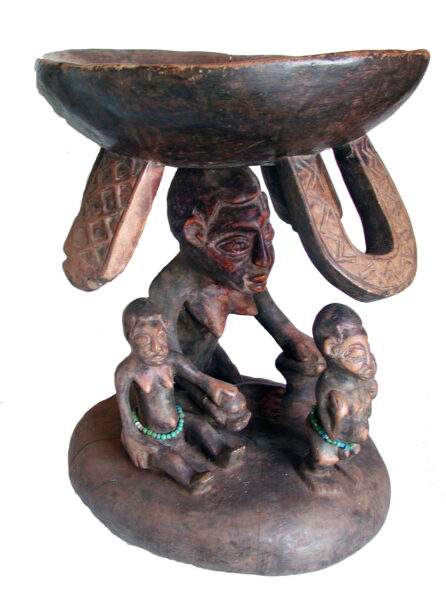 The Yoruba people are the largest ethnic nation in Africa. Although most live in southwest Nigeria, there are over 25 million people of Yoruba decent in other parts of Africa and the Americas, including Brazil, Cuba, Trinidad, Haiti and Bermuda as a consequence of the Atlantic slave trade. In the Yoruba culture, stools are used to represent power and prestige of kings and important chiefs. A figure in the middle of a stool serves as an ornamental support, in place of a column, which literally as well as figuratively supports the ruler. Beside the female figure in the stool on display are two smaller figures, possibly twins, male and female.