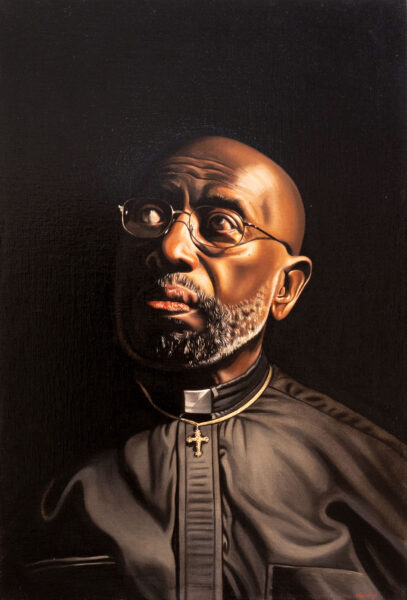 Reverend Canon James Francis, JP, OBE became the first Bermudian of African descent to become a Canon within the Anglican Church in Bermuda when he was installed as Canon Residentiary at the Cathedral of the Most Holy Trinity in Hamilton in 1985.

He returned to Bermuda to take up the post after many years spent working in the priesthood across the United States. As a young man, Francis had been forced to move to the U.S. to complete his studies at the African Methodist Church institutes Wilberforce University, Payne Theological Seminary and Bexley Hall Seminary, after the realities of institutional racism and segregation in Bermuda had meant that he had been unable to prepare for priesthood within the local Anglican Church.

Francis served as Canon at the Cathedral for 12 years and later moved to the Christ Anglican Church in Devonshire in 1997, where he spent 20 years as Rector.