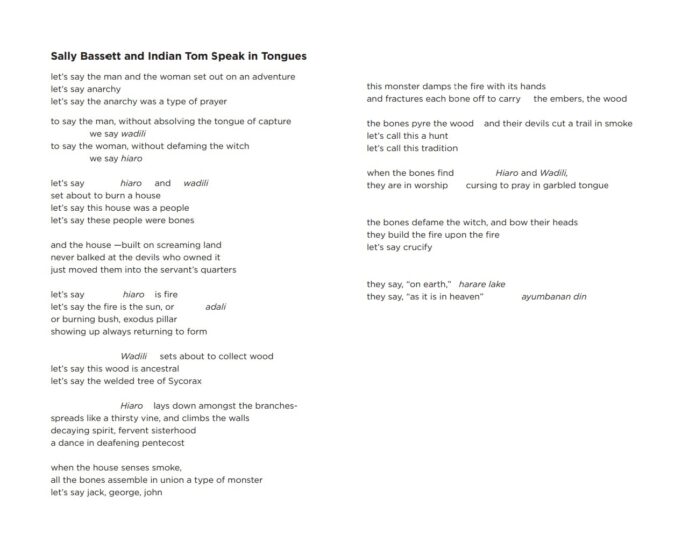 Yesha Townsend is a Bermudian writer. he received an MA in Creative Writing at Goldsmiths, University of London. She teaches in the English Department at Bermuda College, lecturing on Bermudian and Caribbean Literature.

She says: “For the most part, little is known about Sally Bassett’s life, outside her monumental execution at the foot of Crow Lane in June of 1730. What remains are slights of mythology that emphasize her presence in Bermuda on a particularly warm or hot day — due to her being executed cruelly, on what was said to be an uncommonly hot day.

“This work focuses on the unwritten of Sally’s life and is a reimagining of her as a reincarnated goddess of the sun and questions the fact of if Bermuda was to have a solar deity, a sun god, it would invariably be Sally Bassett. This work’s aim is to highlight the significance of a woman that should be considered as more than historical anecdote, but rather the ancestral foundation of our makings as a people.”