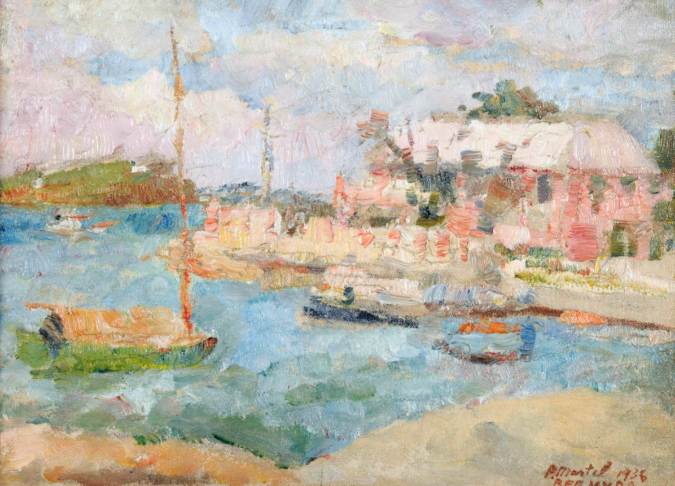 Paul Jean Martel studied at the Académie Royale des Beaux-Arts de Bruxelles, Belgium where he perfected his life drawing skills and developed his particular style and colour palette. After graduating in 1906 Martel left for America and entered the Pennsylvania Academy of the Fine Arts where he became very involved with the artistic community and showed his work regularly.  In order to sustain his passion for art during the Great Depression he devoted much of his time to painting portraits.  Influenced by the Impressionists, Martel created a series of landscapes and still life studies where colour was the key to his aestheticism.