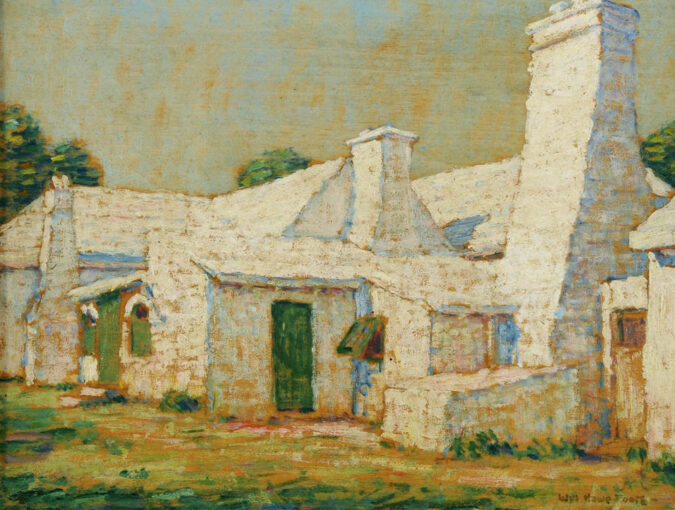 William Howe Foote, an American Impressionist, began his career studying at the Art Institute of Chicago and continued on to The Art Students League in New York. He made lasting friendships with artists including William Chadwick and Harry L. Hoffman, with whom he shared a studio and residence. In 1897 he attended the Académie Julian in Paris studying under John Paul Laurens and exhibited twice at the Paris Salon. In Paris he met the artist Clark Greenwood Voorhees, a known American Impressionist who suggested a visit to Old Lyme, Connecticut.