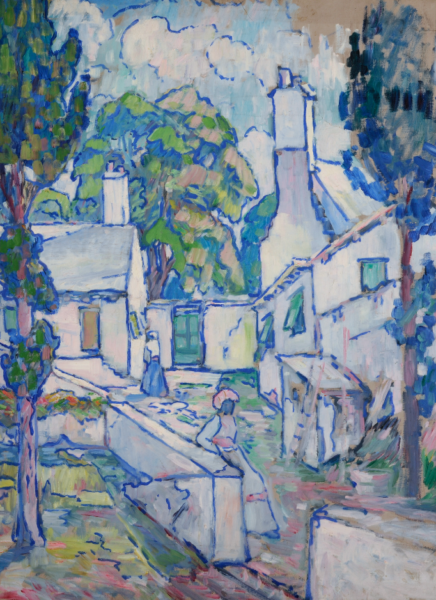 Daniel Putnam Brinley studied at the Art Students League under John Twachtman, a highly regarded American Impressionist and a major figure in the Cos Cob artist colony in Connecticut.  Later, Brinley moved to Paris where he studied at the Académie Julian and exhibited three pieces in the Autumn Salon of 1906.  In 1908 he moved back to New York and became involved with the Society of American Artists along with ardent Modernists Edward Steichen, John Marin and Max Weber.

He was a founding member of the Association of American Painters and Sculptors and helped organise the famous Armory Show, New York in 1913.  From that time his style, a combination of Realism and Modernism, began to change; the colour of his paintings intensified with a deeper hued palette, his forms flattened, and compositions became tighter and more decorative.

In 1921 Brinley spent from January to June in Bermuda, where an exhibition of his paintings was held at the home of Alexander Outerbridge in Bailey’s Bay.