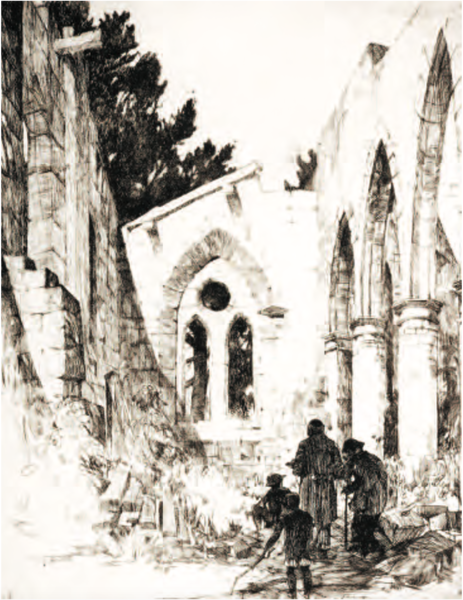 Donald M. Kirkpatrick trained as an architect at the University of Pennsylvania. In 1931 he and his wife went to live in Paris for two years, during which time Kirkpatrick’s etchings won him an honourable mention at the Paris Salon. In 1932 he moved to Bermuda where he worked for the local architectural firm Onions & Bouchard designing many houses of note.

The Unfinished Church is one of St. George’s significant historic buildings. The church was intended to replace the deteriorating St. Peter’s Church in 1874, however due to parish schisms, funding problems and a freak tornado which tore off its roof in 1925, it was never completed. St. Peter’s continues to serve as the parish church, whilst the Unfinished Church has become a remarkable picturesque ruin.