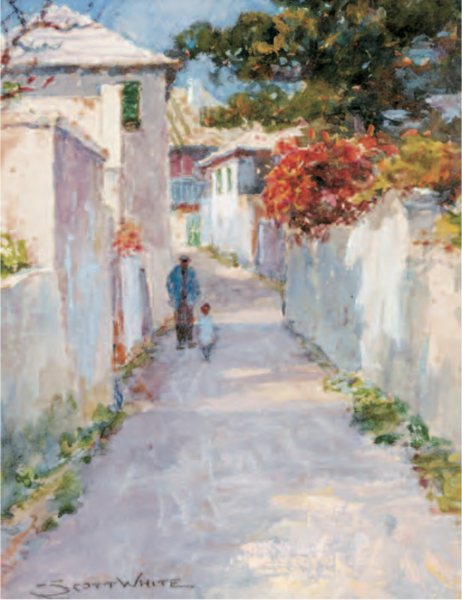 Clarence Scott White visited the island several times between 1894 and 1937 and stayed in St. George’s during his earlier visits. His paintings were exhibited both locally and back home at the Boston Museum of Fine Arts and the Boston Art Club, as well as The Art Institute of Chicago.

White consistently received praise for his use of colour and attention to detail, and after an exhibition at The Book Story Gallery in 1936, the Royal Gazette warmly observed that his charming works were imbued with his charming personality. This St. George’s scene painted in gouache captures the light of an intimate laneway, using a typical impressionist palette and style.