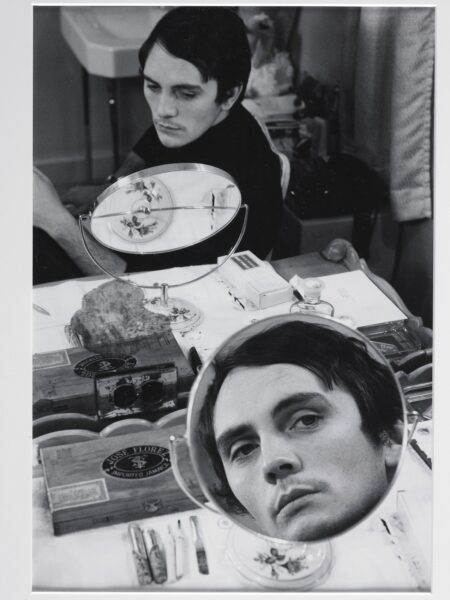 Alongside reportage work, Saunders was commissioned by The New York Times to take a series of portraits of actors. He approached each one as he would a documentary project, capturing them in their unique environments. In this unusual setup, Saunders plays with reflection, shooting British actor Terence Stamp caught in both the glare of the mirror on his dressing room wall and that of the small makeup mirror on the table before him.

Stamp was at the height of his fame when Saunders took this portrait in 1964, having starred in the title role of Billy Budd, his first feature film, two years earlier, for which he was nominated for an Academy Award for Best Supporting Actor and received a Golden Globe for Most Promising Male Actor.

The actor was, at the time this picture was taken, dating British model Jean Shrimpton and the couple were named ‘the face of the 1960s’ by Vogue.