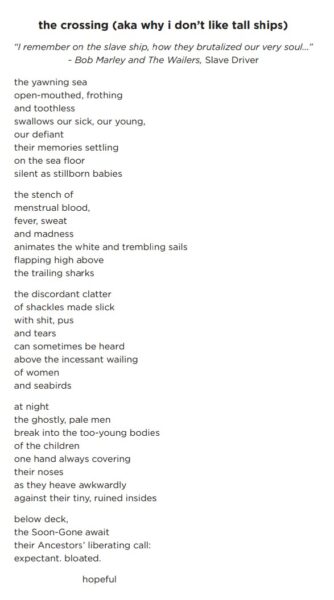 Ajala Omodele is a writer, poet and educator. He is the author of Dame Lois: The People’s Advocate, They Called Him ‘Roose’: Pauulu Kamarakafego and the Making of a Bermudian Revolutionary and Look for Me in the Whirlwind: A Story of Marcus Garvey. His upcoming book, A Tale of Two Women: Sally Bassett, Mary Prince and the True Story of Slavery in Bermuda, will be published later this year.

He says: “I can’t remember a time when I wasn’t bending words into shapes that best approximated how I experience the world. It’s how I learned to articulate what was beautiful, or violent, or unspeakable. Words gave me my voice, my sight.

“As I grew older and learned more about myself as an African, I began to use the spoken and written word to make sense of the psychopathic absurdity of racism and our sometimes-dysfunctional reaction to this absurdity, as well as the stubborn resilience of a people still under constant attack.”