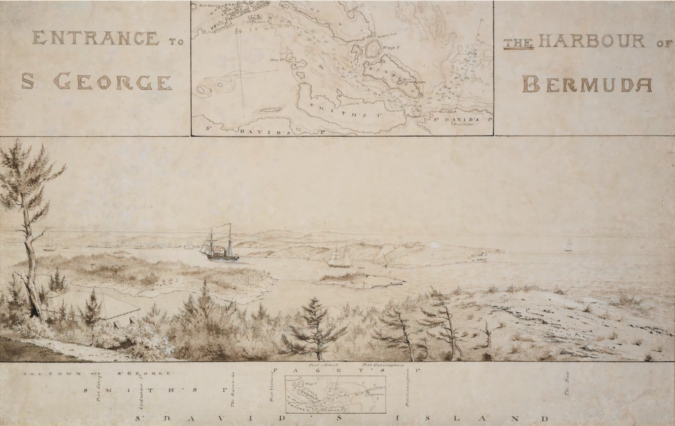 Edward James arrived in Bermuda in 1861 and stayed until his death in 1877. His work encompasses a broad spectrum of 19th century life in Bermuda, documenting historic news events such as the opening of the causeway and the American Civil War shipping. James also gave painting classes and there is evidence that he collaborated with Bermudian photographer John Athill Frith.