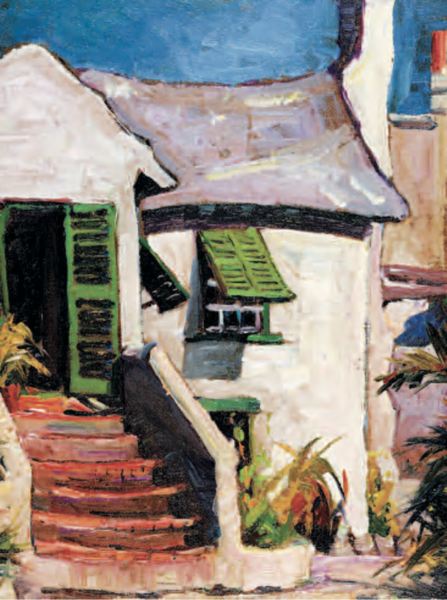 A painter, etcher and illustrator, Stanley Wingate Woodward is recognized for his landscape and marine paintings. He trained at the Boston Museum of Fine Arts and exhibited his work at institutions such as The Art Institute of Chicago, the National Academy of Design and others. Woodward was very involved with the Rockport artist colony where he focused his subject matter on the local scenes of the North Shore.

Originally built in 1699, The Old Rectory is one of Bermuda’s oldest houses. The ‘welcoming arms’ steps depicted here are narrow and parallel, representing one of the earliest versions of the welcoming arms steps, before the more common flared steps were built.