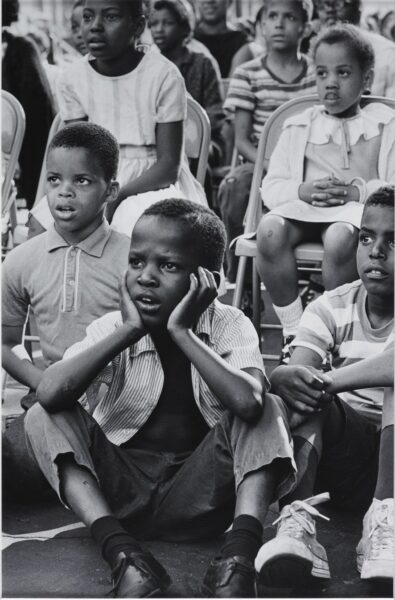 This photograph, which captures a group of young African American boys watching street theatre in Harlem, NYC, was published in The New York Times in 1967. Five years earlier, Saunders had turned down a role as a staff photographer on the newspaper to concentrate on his freelance work.

As a Black photographer working in a predominantly white arena during a pivotal time for race relations in both the USA and Bermuda, Saunders was aware that every frame told a story.