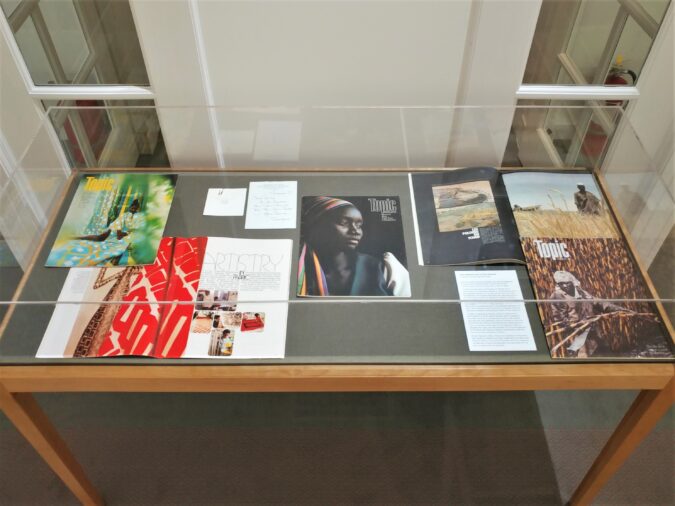 After his death, Saunders was acknowledged by Congressman Charles Rangel of New York for his contributions to both photography and civil rights.

The Smithsonian Centre for African Art in Washington, DC expressed interest in collecting Saunders’ photographs and bid for his work but his wife, who was the executor of his estate, decided that they should go to the Schomberg Center for Research in Black Culture in Harlem, which is where he had wanted them to go. However, as a project of the United States Information Agency (USIA), there was a Congressional ban on the domestic distribution of Topic, and it became clear that an act of congress would be required to release his photographs taken for the magazine.

In 1988, Congressman Rangel wrote to Charles Wick, then director of USIA, about the best way to preserve Saunders’ archive. A congressional waiver was sought and secured, and legislation was introduced to move his work from the USIA to the Schomburg Center, which is now a custodian of 20 years of photographs taken by Saunders for Topic. His wife donated 30 of his photographs to the Bermuda National Gallery’s permanent collection, from which this exhibition is drawn.

Shirley Pearman, MBE, a friend and neighbour of Saunders, generously loaned these issues of Topic to the Bermuda National Gallery. In the 1970s, Saunders sent the magazines to Pearman, a long-time educator and advocate for the arts, to share with her students.