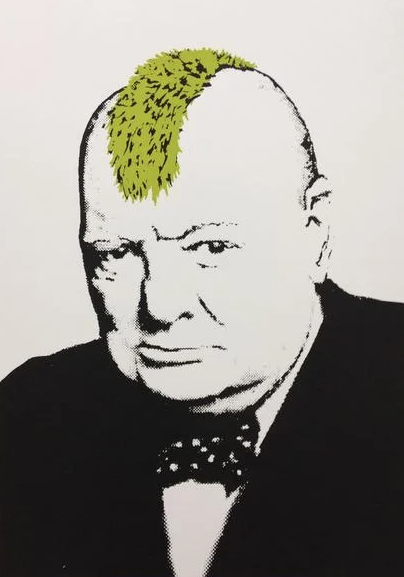 In July 2003, Banksy mounted “Turf War,” his breakthrough exhibition. Staged in a former warehouse in Hackney, the show dazzled the London art scene with its carnival-atmosphere display, which featured a live heifer, its hide embellished with a portrait of Andy Warhol, as well as Queen Elizabeth II in the guise of a chimpanzee.

While he may shelter behind a concealed identity, he advocates a direct connection between an artist and public. Banksy has maintained. “There’s a whole new audience out there, and it’s never been easier to sell [one’s art]..You don’t have to go to college, drag ’round a portfolio, mail off transparencies to snooty … all you need now is a few ideas and a broadband connection. This is the first time the essentially bourgeois world of art has belonged to the people. We need to make it count.”