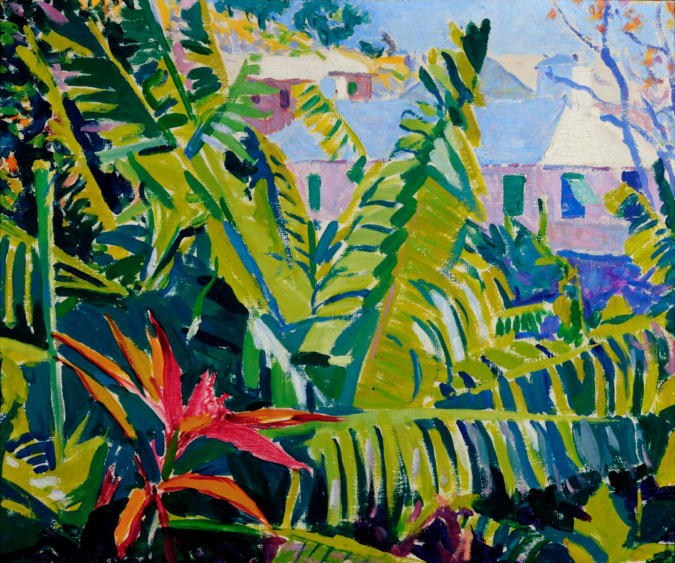 In the 1890s E. Ambrose Webster studied art at the Boston Museum of Fine Arts School under the tutelage of Frank Benson and Edmund Tarbell, both of whom worked in the Impressionist style. He was awarded a scholarship and travelled to Paris to study at the Académie Julian. When he returned from Paris he emerged as a modern artist, painting in the Fauvist style, with strong colours layered over the representational qualities retained by the Impressionists. He exhibited two pieces of work in the famous Armory Show, New York in 1913, officially known as The International Exhibition of Modern Art.