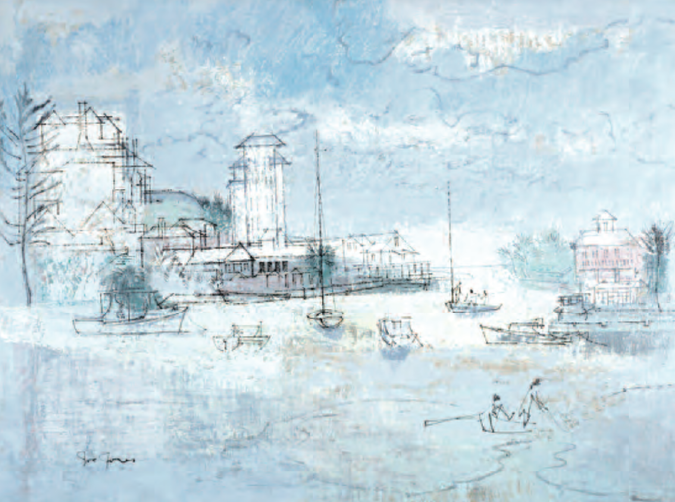 Joe Jones was an important 20th century American painter and printmaker who was almost entirely self-taught; he wintered in Bermuda in the 1950s and was instrumental in the development of Bermudian artist Alfred Birdsey’s loose style of painting.  His silk-screens from the post war era, such as this original example, are now seen as technical masterworks of their time. In 1937, Jones was awarded the Guggenheim Fellowship.