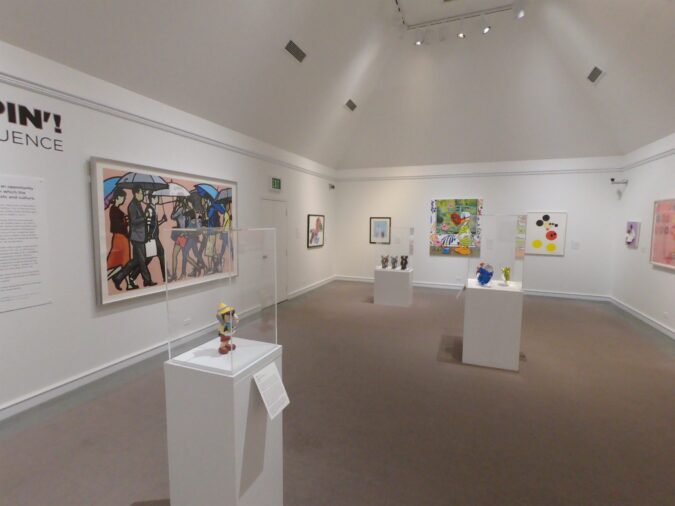 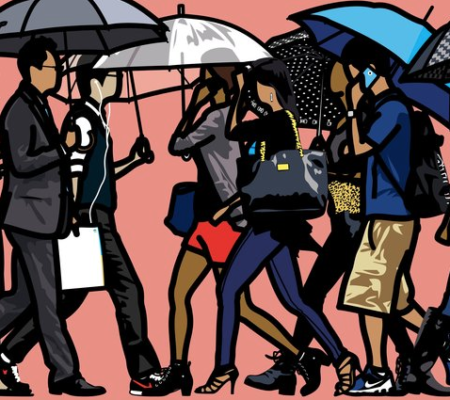 Opie has a clear visual language and is known for his distinct graphic style, with clean lines and bold composition and colour. He uses a mix of Pop, Urban and Cartoon aesthetic, and employs a number of influences, mediums and technologies to create his work.  Spanning from classical English and Dutch portraiture, Pop Art, in particular the work of Andy Warhol and Roy Lichtenstein, Egyptian hieroglyphs and Japanese woodblock prints, as well as public signage, information boards and traffic signs.

Julian Opie graduated from Goldsmiths collage in 1982 and became a leading British artist in the 1980’s, in 1995 he was awarded the Sargent Fellowship at the British School in Rome.  His method of working allowed him to transition between fine art and commercial design. In 2000 he was commissioned to design an album cover for British pop band Blur, and in 2006, he created an LED projection for U2’s Vertigo world tour. In 2008 he curated an exhibition of Utagawa Hiroshige woodblock prints.

This artwork Walking in the Rain Seoul was created in 2015 when Julian Opie was invited to participate in a show in South Korea. He recalls that he was in Seoul outside his studio when he first took photos of passers-by as soon as it started raining, then he gathered the images together to capture this moment.  “With the umbrellas included, the images became large and complicated with a layering of different movement from top to bottom. This was probably the most complicated picture I had managed to compose so far. The rainy season was over and when the rain came it was light and the weather was warm. The resulting image is very personal and unique in feel, mood and colour.”

Opie currently lives and works in London, England. He has number of public installations around the world and has exhibited in many of the major Museums. His works are part of museum collections, including The Museum of Modern Art in New York, the National Portrait Gallery and the Tate in London and the Stedelijk Museum in Amsterdam.