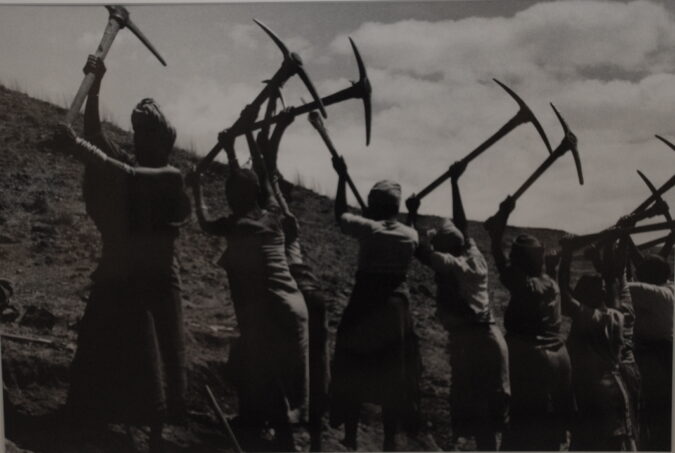 This photograph was taken for issue #66 of Topic, a magazine published by the United States Information Agency (USIA), now the Public Diplomacy and Public Affairs bureaus within the US State Department. Saunders served as their International Editor from 1967 to 1986.

Topic ran from 1965 to 1994 and covered art, international politics and emerging technologies. As part of a commitment to cultural exchange, the magazine was printed in both English and French and was aimed at audiences in Africa, often focusing on Americans with family ties to the continent such as Miles Davis, Martin Luther King Jr, and a young Barack Obama.

Here Saunders captures women building the Lesotho Track, a key route which crossed the country from east to west. The women were paid their wages in food, supplied by the World Food Programme and the Catholic Relief Services.